The United States Air Force Academy Concert Band from Colorado Springs will perform a free concert at the Austad Auditorium in the Browning Center at Weber State University in Ogden, Utah on Monday, February 13th at 7:00 PM. Admission is free of charge and is part of the group’s week-long tour through Utah and Western Colorado. The concert is open to the public; free tickets for this event can be picked up at any of the 3 Weber State University Wildcat Store locations. The evening will feature a diverse repertoire that celebrates our Air Force’s 70th anniversary, the patriotic spirit of the American people, and also pays special tribute to our veterans.

The United States Air Force Academy Concert Band proudly represents the Air Force Academy, the leading institution for educating, training, and inspiring men and women to become officers of character. The Concert Band is composed of 50 active-duty Air Force professionals and is one of nine Academy Band ensembles. In addition to performing for Air Force troop morale, recruiting, and community outreach events, the group often appears on radio and television broadcasts and presents educational performances and clinics at national music conferences. For over 60 years, the Academy Band has used the power of music to honor our nation’s heroes, inspire Air Force personnel and the nation they serve, produce innovative musical programs and products, and communicate Air Force excellence to millions around the world. 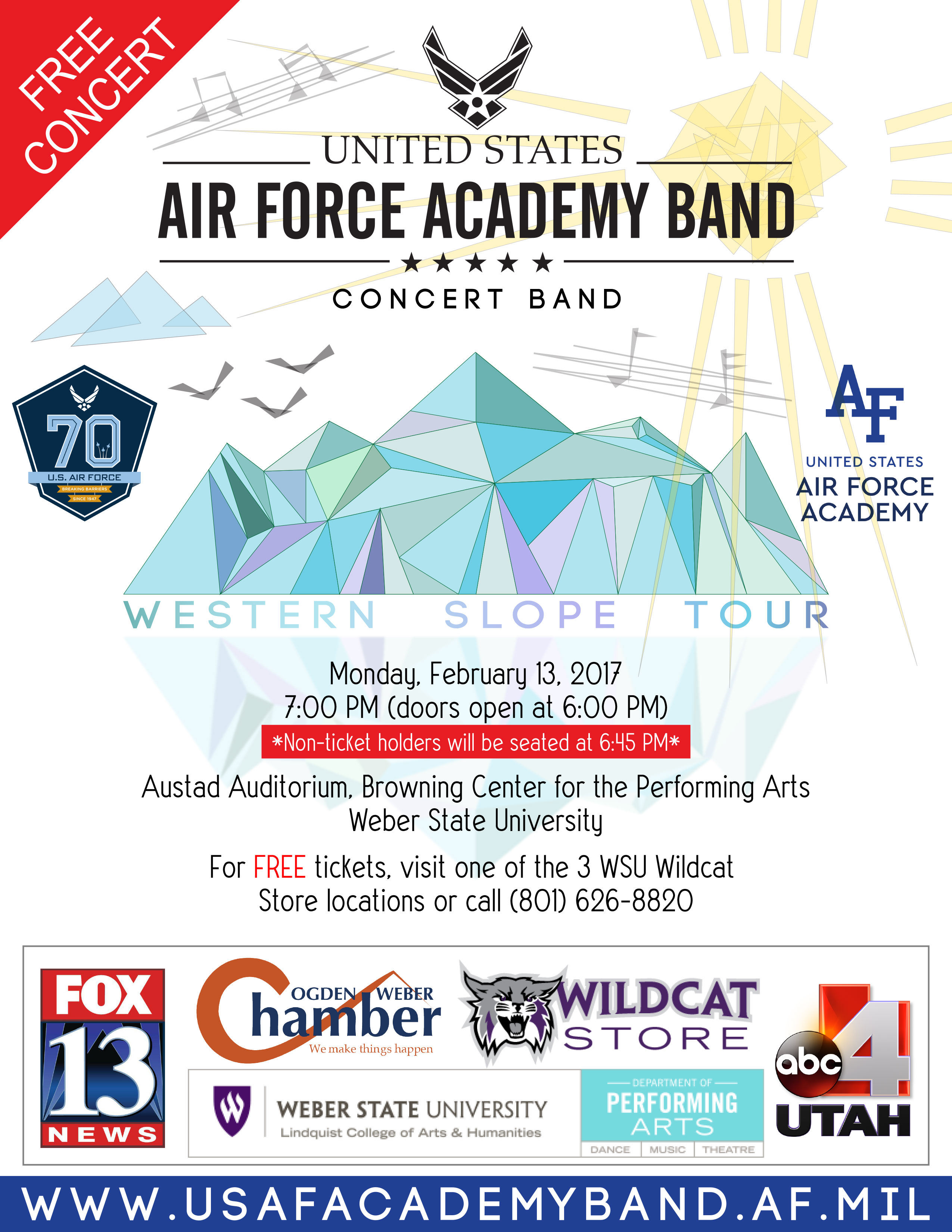