OGDEN, Utah — The public is invited to a community meeting to learn more about the proposed construction of additional off-campus, student housing to encourage growth at Weber State University, April 12 from 7-9 p.m. in the Hurst Center Dumke Legacy Hall.

The meeting will include information about a proposed 41-unit student housing development on Harrison Boulevard near 3850 South. Current ordinances prevent its construction due to planning and zoning restrictions and definitions that prohibit more than three unrelated people living in the same unit. 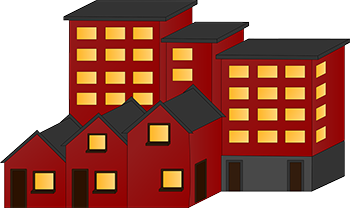 For the project to proceed, Ogden would have to amend its community plan, change zoning restrictions to accommodate student multi-unit dwellings along Harrison Boulevard near the university, and create a new definition for student housing that allows more than three unrelated residents per unit. The Ogden planning commission has drafted ordinance revisions that include those changes.  This meeting is intended to educate the community before forwarding the suggested changes to the City Council.

The meeting will include comments from Ogden Mayor Mike Caldwell, WSU President Charles A. Wight and WSU Vice President for University Advancement Brad Mortensen. The project’s lead developer will discuss his proposal, and an Ogden city planner will explain the process and timeline of future decisions.

“Following the vision of our College Town Charter, we are committed to work with Ogden City to mutually pursue initiatives that make Ogden and Weber State a unique and vibrant place,” Mortensen said. “The university wants to be a good neighbor and inform the community of its needs and plans for success. We would like to encourage robust growth for the future of both Ogden city and Weber State University.”

Out-of-state students make up less than 10 percent of WSU’s total enrollment, which is less than half of most other Utah universities that offer more student housing options.  WSU did not receive state funding for enrollment growth this year. Lack of off-campus student housing is a strategic part of future growth.

Other Utah communities with universities have found solutions to allow private developers to build off-campus housing that allows more than three residents per unit. Without such a provision, projects are not economically viable.

Comments and questions may be submitted via comment cards available at the meeting or in advance by email to studenthousing@ogdencity.com.

Parking for attendees is available in the A12 and A13 lots to the west and east of the Hurst Center, or in the street in front of the building. Campus parking restrictions are not enforced after 4 p.m.