Rebuilding Downtown Ogden One Space at a Time

Zucca Trattoria. Harley and Buck’s. Pig and a Jelly Jar. Even Stevens Sandwiches. If you’ve ever eaten at any of these delicious downtown Ogden eateries, you left with a full belly, but also with a great taste of downtown Ogden architecture in all its glory. And for that, you can thank Thaine Fischer and his wife, Tahna Regan Fischer, who make up the development team of Fischer Regan Enterprises. The duo has been “rehabilitating” old Ogden spaces for the past 10 years and don’t plan on slowing down anytime soon.

Thaine hails from rural Montana while Tahna is from rural New York. “Where we come from is so rural it makes Huntsville look like a metropolis,” Thaine said with a laugh. The two ended up in Arizona for a time, but wanted to settle in a location with a more family-friendly vibe, wherein they could raise their children. 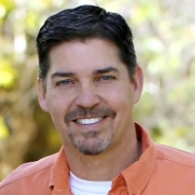 “We wanted a place with four seasons close to outdoor recreation,” Thaine said. They came to Ogden with the idea of working in the housing market but fell in love with Ogden historic buildings downtown and went to work about 10 years ago. They saw the Star Noodle space and ended up buying that and four or five others they felt were on their way up. Just after that, the market collapsed.

“Not the best timing to make it through,” Thaine said. They worked hard and got things into position and forged ahead, rehabbing spaces at what Thaine thought was a very slow pace. Nonetheless, there was progress and it is now going strong. In total, they own about 9 spaces in Ogden, with a rehab goal in mind for each of them.

“Ogden has one of the coolest, hippest downtown urban cores and such a great lifestyle,” Thaine said. “People want to be here.”  The spaces seem to attract a certain type of individual. “We’ve always been adamant that we don’t do check-cashing or that type of business, but other tenants have felt like a natural fit,” he said of his properties.  He remembers going into the Salt Lake location of Pig and a Jelly Jar and knowing it would be the perfect vibe for his Ogden space on 25th Street. As he ate, he told them about the space and they loved it. “It was the fit for them,” he said.

Harley and Buck’s was much the same. “They were looking to relocate from the Ogden Valley and we knew what we had matched them,” he noted of the space on Washington Boulevard.

The Star Noodle spot and Zucca were also unique. “We put up the dragon for the first time and invited Kirk Dean (owner of Zucca) because we knew his lease was coming up in South Ogden,” Thaine said. “People see the dragon and get excited,” he added.

But it’s not all restaurants. There is rehabbed office space and salon space too. Thaine’s favorite project is in process right now – the structure just east of the Bigelow at 455 25th Street.  “I’m super excited because of the scope and size of the project,” he said. He explained that people are viewing art in different ways and different spaces and this new project will capitalize on that. “It will be an epicenter for culture and creative art in this community, really in all of Northern Utah,” he said with excitement.

They hope to add restaurant space, a coffee shop and if he had a “Christmas list,” even a brewery. They hope to not only draw local artists to display art in the space, but artists from all over the globe.

Thaine said it feels great to look around and see their projects coming to fruition and doing so well, although he admits the process has felt slow. “In development, you never move quick enough. I think we aren’t progressing very quickly, but then we have investors and partners come in from out of town and see a noticeable change.”

As with these investors and partners, Thaine sees the improvements and can see Ogden getting a bigger mark on the map as not only an outdoor destination, but a cultural mecca too. “We are working to attract that creative culture.”