Weber State University’s 19th Annual Diversity Conference will focus on civic activism through civil action and discourse. The conference, which is free and open to the public, will be held Oct. 5 and 6 on both the Ogden and Davis campuses.

Institutions across the country are struggling to find the balance between what is free speech and what is a call to violence. Participants and presenters will discuss the importance of activism within the bounds of civility.

“The conference acknowledges that what occurs across the globe could happen here,” said Adrienne Andrews, Chief Diversity Officer and conference chair. “When it does, we want to be ready and know how to respond individually and collectively.”

The power of a personal story, when well told, changes hearts and minds.

That’s what Richard Ray Perez learned as a son of immigrant parents, as a student at Harvard and eventually as a documentary filmmaker. He will bring that message to the Diversity Conference as the keynote speaker, Oct. 6 at 11:30 a.m. in the Shepherd Union Ballrooms. 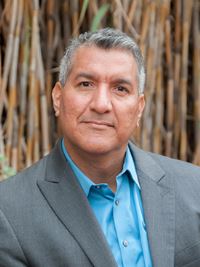 “The power of our personal experience is something we all have, especially people of color who are underrepresented,” Perez explained. “We can use that experience to connect to other people to generate empathy and get beyond political classifications and ideologies. Everyone has a story; some are very relevant to the challenges we face in modern society.”

Perez’s own story began near Los Angeles, where he was the eighth child of parents who made a living in the fields and factories. His older siblings were politically active. Perez was touched by stories of the disproportionate number of Mexican-American men drafted and killed in Vietnam, and by his unarmed little league teammate who was shot and killed by police, and by his own experiences of racism and profiling.

“At a young age, I was exposed to the social problems my community was experiencing,” Perez said. “There was a legacy of unfairness as I would call it. Experiencing it myself, my activism was involuntary but inevitable. It’s almost like I couldn’t escape it. The trajectory was set.”

Perez had a keen mind, a desire to learn and a supportive family. He excelled at a high school that had one of the worst dropout rates in Los Angeles. He stood out academically, which helped him earn a scholarship to Harvard.

Perez has produced a number of documentaries, including the Sundance Film Festival feature “Cesar’s Last Fast,” about Cesar Chavez’s spiritual conviction and struggle for humane treatment of America’s farm workers.

“Cesar Chavez was so persistent, against these massive odds to get owners to treat farm workers with dignity,” Perez said. “But this man would not stop. Cesar used to say, ‘Expect to hear no nine times before you hear yes once.’ So I say to first-generation college students, when it’s hard, you have to be persistent. It’s supposed to be hard, so prepare yourself.”

The conference theme is “Activism is in the Action: Civility, Community and Starting From Where You Are,” which expands on the theme of WSU’s Engaged Learning Series this year, “Civility.” The series is a collaborative cross-campus effort to host events and lectures that bring multiple perspectives to a single issue.

The Diversity Conference will discuss how to take activism and protest into a community in a way that respects others’ voices in the conversation.

“This year’s event focuses on providing us all with the skills and ability to move into action in civil, engaged ways,” Andrews said. “We will learn from each other how to act and respond when hate comes to town.”

Nubia Peña will share ideas how to become an effective community activist during her presentation at the kick-off event, Oct. 5 in the Weber State University Davis Building 3 Ballrooms from 6-8 p.m. An opening reception begins at 5:30 p.m.

At an early age, Peña learned from her mother what it meant to be compassionate and selfless. “Every time I observed her helping a neighbor or giving to those who had less, even when we didn’t have much, seeds of social justice activism were being planted in my heart,” Peña said.

Those seeds took root. Today, Peña is the advocacy and prevention training specialist for the Utah Coalition Against Sexual Assault and a juvenile defender at Utah Juvenile Defender Attorneys, LLC. Through her professional and personal endeavors, she works to bring awareness to issues of violence and systemic oppression.

“The services that existed for diverse survivors were not always inclusive, and the systems themselves were barriers to victims accessing assistance,” Peña said. “This drove my commitment to change the actual systems, practices and policies.”

That commitment spurred Peña to go to law school. In 2016, she earned her law degree from the University of Utah. That same year, she was selected as one of 25 law students nationwide to be recognized for social justice activism in the National Jurist, a leading news source in legal education.

Peña says there are many ways to become involved in a movement or cause. She lists social media, activist groups, art, legislative reform, legislative education, voter registration drives and mentoring young leaders, as a few examples.

“After identifying the issue that has inspired you to become involved, start connecting with others already engaged in the work,” Peña said. “Become well informed, so, when tasked with speaking about the matter, you can do so in a credible manner.”

Breakout sessions begin Oct. 6 at 8:30 a.m. in the Shepherd Union. Participants will choose from nine sessions with discussions about protest and power, activism and social enterprise.

SU 316 Protest and Activism: “Call and Response” for the Indispensable Opposition SU 312 Reasons For and Ways to Help with Resource Conservation SU 321 Narrative Films for Social Change

For more information about the diversity conference, visit weber.edu/diversity/diversityconference.html.