And She’s Dope Too (ASDT) is an organization that was created out of a need for authenticity. Now, ASDT helps women pursue an active lifestyle with a community of support.

It started in the fall of 2014 when Jenn Killian was feeling a bit overwhelmed by social media.

“It seemed to be all about likes, comments and posting…I felt like I was going outside to post something and show people what I was doing. I think other people were doing that also,” Killian said. “I saw myself taking it personal,” she added. 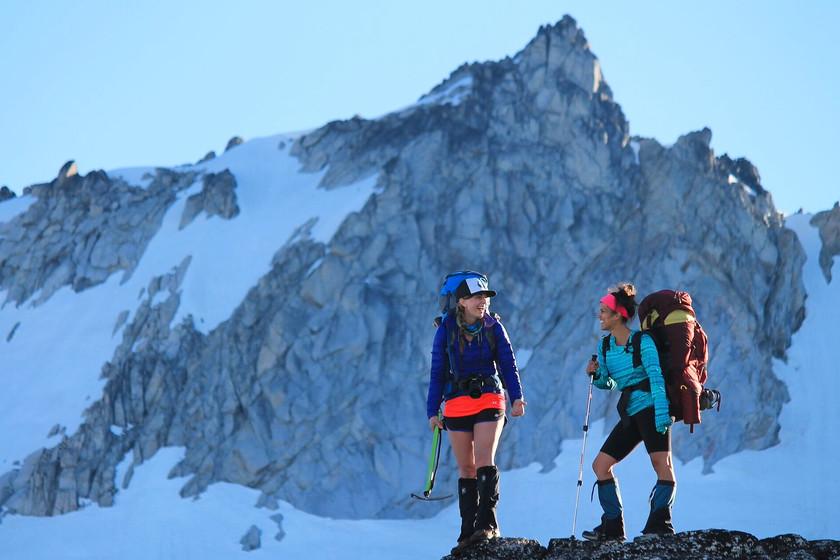 She expressed her frustrations to her husband and decided to take a break from social media. “It seemed like everything that should be private was public,” she said with a laugh. One day, her husband started an account and labeled it – “And She’s Dope Too” because he wanted people to see his wife and other women for who they really were – to show the real rawness of womanhood.

It went crazy. People loved it and started following them. Before long, they had a huge following, with 90,000 Instagram followers now. They decided it was time to get a logo.

The logo, a woman with hair blowing in the wind with feathers to simulate Killian’s Puerto Rican roots and the Wasatch Mountains in the background really resonated. People loved that too. They wanted stickers, t-shirts and hats. They started designing apparel and found that women wanted a platform to feel empowered with no judgement and that’s exactly what the Killian’s give them. “We were creating a company for women to come together,” she said.

But ASDT isn’t just about apparel, logos and Instagram accounts. It’s much more. They hold regular retreats and rendezvous for women to come together and truly be themselves. “They can come and talk about their struggles and things they care about,” she said.

“If you don’t have the gear, let us bring the gear,” she added. It is a place for women to try new things with no judgement. “We want them to come and get their feet wet,” she added. She and her husband, Taylor, noticed the high price of rendezvous that other companies were doing and they wanted to make it affordable, so women can spend a weekend, not have to worry about gear like paddle board or hiking gear and spend about $235 and really enjoy nature and the world around them. “They may have to save a little but it’s not out of control,” she said regarding the price.

“I’ve given every excuse you can think of (to not get outside.) We want women to get out and get past their walls,” she said.

And while at first she and Taylor were thinking local, their social media accounts started to resonate internationally. People started buying apparel from all over the world and loved their outlook and themes. And while the rendezvous have so far been in the west and mostly in Utah, they hope to be able to expand them to international locations. 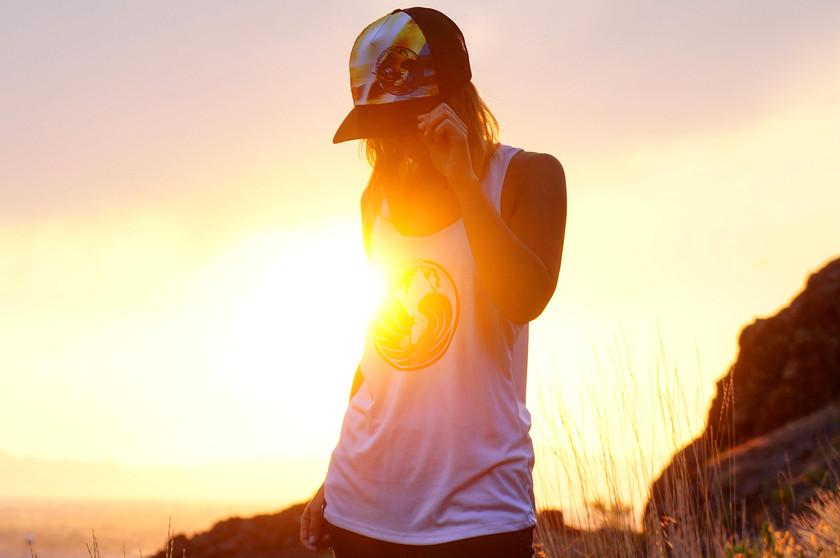 Recently ASDT moved its apparel shop out of the basement of their home and into the local of the Parlour Coffee shop, 2562 Washington Boulevard. For both Jenn and Taylor, it has been great. They have a space away from home to conduct business and not have to have their kids in and out – they now have three children with the newest little girl arriving just weeks ago.

Jenn and Taylor admit they have learned a lot and never expected the business to take off like it has. “We didn’t go to business school,” Jenn said with a laugh. But they haven’t acquired any debt in the process and didn’t take out any loans. Everything has been in the clear and they have worked hard to keep it that way. “It’s been our biggest blessing and struggle,” Taylor said with a laugh.

They now have 20 solid ambassadors on their team that help with the rendezvous, retreats and apparel and next year they will do four rendezvous instead of two. Taylor said part of the fun of the retreats is for people to come and learn new things. “If you don’t know how to slackline or have never done yoga or meditated, come and you can learn,” he said.

And as for Ogden – they love it here. “This is where will stay. We want people to see why we love it here too,” he added. “It has grit and it has heart and we don’t want that to change,” Taylor said. They presented that with the first annual ASDT film festival at Ogden High School this past year. Next year they will start it at Ogden High School and then do a film festival tour in the west. “We will always start here,” he said. For more information on ASDT and to get involved, check them out at https://andshesdopetoo.com.