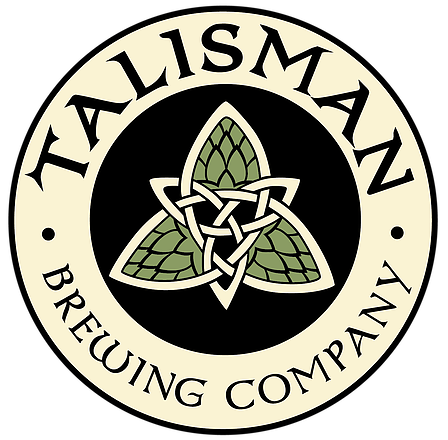 Dusty Williams loved brewing his own beer at home. It was tasty—so good that friends and family encouraged him to sell the stuff. He was retired from Hill Air Force Base, but still was working full time and so was his wife, Joann, but the two started taking the nudges to sell their brew to heart.

“It was really more of a hobby at first,” Joann said. But soon they were selling their brews at small weekend events like weddings and parties and decided maybe there was something more that could be made of it,

“Before I knew it I had written a business plan,” Joann said. The two started looking at cities from Davis County to the Brigham City area where they could open a brewery and found the two most friendly spots to be Layton and Ogden. Ogden proved to be the best fit because of all the perks of doing business in Ogden and the willingness of the planning commission to help the Williams make their dream a reality.

Joann and Dusty didn’t take their business plans lightly. They planned for the future with their initial business licenses, planning to have a tavern at some point at their location on Gibson Avenue off 12th Street.

“I bet we have between 1 and 5 customers per day who come in and want to have a drink here,” she said. Currently they brew the beer at the brewery and have a shop to buy their beer and a small space for tasting. But in the near future, they are hoping to have a tavern, not a full-fledged restaurant per se, but some food options and definitely a place for people to socialize. “When people google brewery (from out of town) they want to come here and be able to have something. We hope to provide that,” Joann said.

But for now, things are very busy as they are. Dusty is now able to focus on the brewery on a fulltime basis. Joann still works another job full time, but still does plenty at Talisman. They have four other full time employees and just promoted one to be manager, which has proven to be a great move.

They manufacture Utah strength high point beer and in their bottle shop, they sell a large variety of brews. Five of their beers are sold through Golden Beverage to local retailers including Harmon’s, Smith’s, Associated Foods and WinCo.

A lot of the local bars and restaurants also sell their beers. “We are not shipping outside the state because we have so much interest from the Utah market,” Joann said. There are 13 different varieties plus the seasonal brews. The great thing about it all is they have had to do no “official” advertising other than social media, local festivals and events. Joann said it’s been pretty cool to see all the positive publicity they have received in the area and how much support they get everywhere they go.

“We had no idea we would be this successful so fast,” Joann said, especially considering that just three weeks ago they were still just brewing at home. Talisman has been officially open about 1-1/2 years.

Joann thinks part of their success comes from that hometown feel customers have at their bottle shop and different events when they sell and provide their products. That hometown culture spills over to their employees too. And the feel is family-based.

“It’s not uncommon to come in here and see some of our kids putting labels on the bottles,” Joann said with a laugh. Her adult daughter helps frequently with different tasks and her other children, ages 6, 7 and in tenth grade, all help in different ways. “For us it’s really cool to show what being an entrepreneur is about—having them see us chase a dream,” Joann said.

“The future looks bright,” Joann said of the brewery. If things go like they have been, they will be in for a third expansion in the next few years, plus the tavern as mentioned earlier or even a club-type experience is not off the table. Joann admits all the red tape to get things up and running took time and careful planning, but because of that planning they are moving in the right direction.