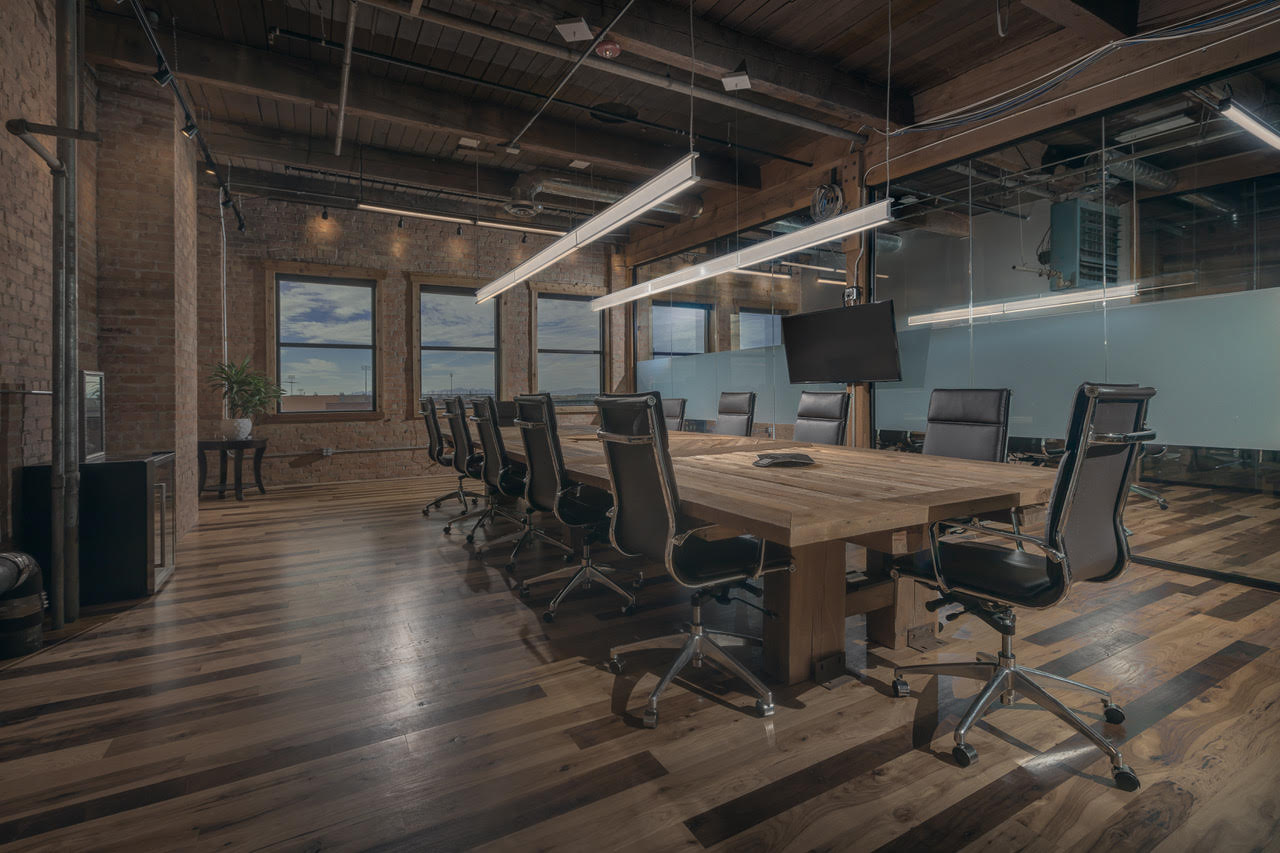 Have a small business, but no space to hold client meetings or find quiet space for work? Looking for a beautiful space to hold an event like a reception or party? The Family Business Center in Ogden has you covered on all ends.

For $200 per month, a business can have a desk, but when they meet with customers or clients there is the appearance of a business that has been there for many years. Food can be brought in or even made in the space along with limitless technology and a secure technology system too.

“Non-profits could benefit from it and professional services that typically have a receptionist.  For the cost savings by sharing reception and other services it can cut overhead significantly and allow them more flexibility to provide the service they are expert in,” Owner John Peterson said.

That is the point of the Family Business Center, and that's what makes it different than your typical small business.

“We want to create a network of those size companies that need services and want to grow, but don’t have the financial resources typically.  CPAs, attorneys, marketing companies, etc. that understand the family business need to be different in what they offer and how they understand the cost/benefit that must be part of every decision,” Peterson said.

The space has even been used in the evening hours for birthday parties and wedding receptions.

Peterson has also hosted “lunch and learns” for community groups and free sessions to help local people with tax or business questions.

The Family Business Center was developed when Peterson decided to move his family CPA firm to downtown Ogden. When he attended meetings in the downtown area, it just felt like home – like that’s where he needed to be. So, he started looking for space. His family’s firm has been in business in Ogden for nearly 70 years. His father started it shortly after World War II. The focus of the firm is on individuals and small businesses who need accounting, payroll, tax and other consulting services.

But if he was going to move from his office just below Harrison Boulevard and 30th Street, he wanted to do it right. He started meeting with city officials to discuss the development of the downtown area. Officials liked the idea of his concept of “family business” near Weber State Downtown’s Startup Ogden.

Tyler Cahoon, who manages Weber State Downtown, told Peterson about the space and Peterson and his family fell in love with the space – the top floor where the Recreation Outlet is located at 2326 Washington Boulevard. He went to work renovating the space and left no stone unturned. The contractor for the job, Vaughn Jacobsen of Miller Jacobsen Construction went to work not only on the building, but its history.

“As we’d uncover things in the space, it made us more curious,” Peterson said.

The building was originally built in 1900 by George A. Lowe hardware company. Just a few years after it was a built, a big fire broke out and burned it and surrounding buildings to the ground. 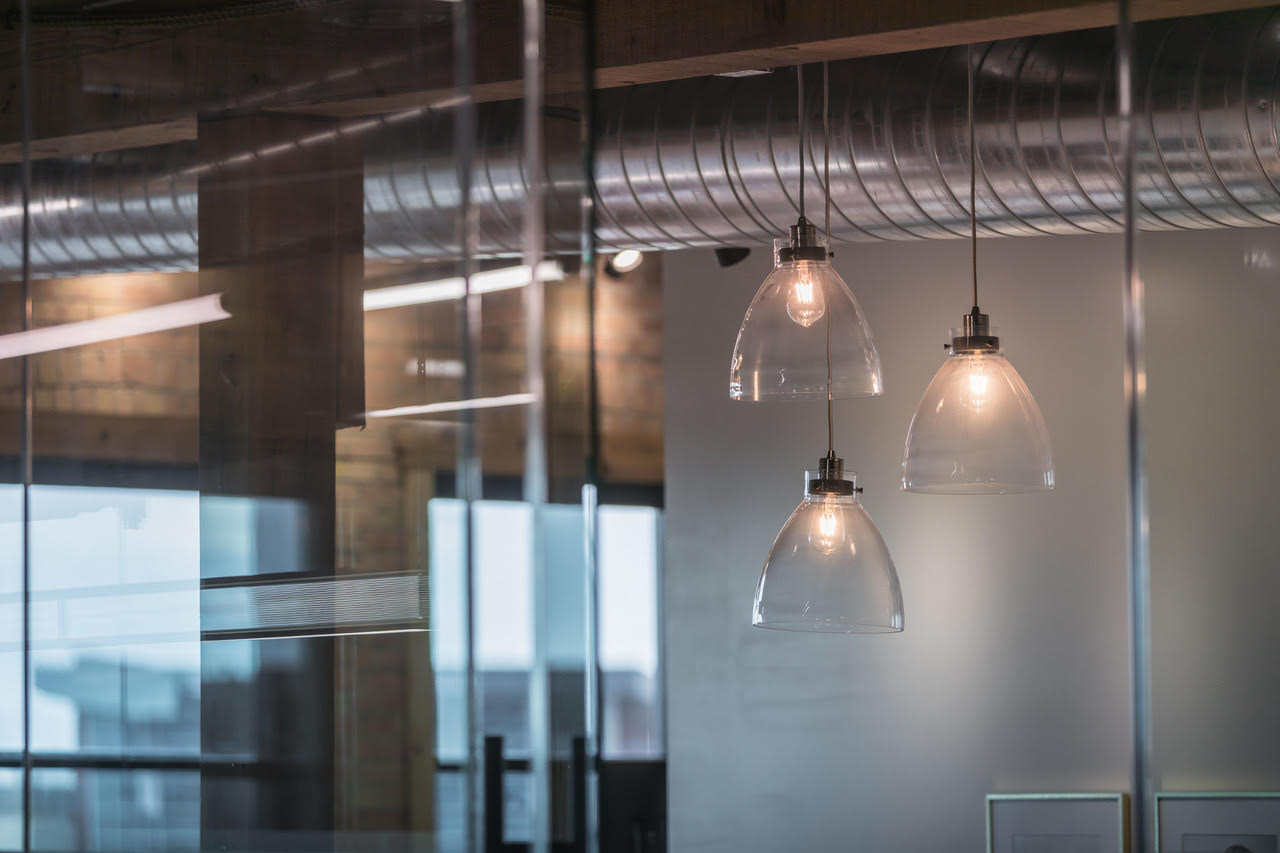 In newspaper articles they recovered, they found there was some bad blood between the neighboring businesses. With the insurance money, they rebuilt the structure and put in a “state of the art” sprinkler system. The four concrete posts that supported the 60,000-gallon tank that pressured the water supply still stand today just east of the building.

Upon finding the history, Peterson told the contractors to keep everything intact unless it had to be removed. They were able to keep most of the original sprinkler system for that reason. They found an old 1906 sprinkler head that sits in a box in the conference room to commemorate that history as well.

As the restoration work went on, there was only going to be enough space for Peterson’s firm, but they leased the entire floor to develop the Family Business Center concept. The open space on the floor adds to the idea of renting out space to other small businesses. The area has a lot of glass to create an open feel, Peterson said, adding that it works well for business meetings because there can be privacy if needed, but a bright space for great working conditions.

There is just under 6,000 square feet of office and common space. There are 10 private offices and two large conference rooms (280 square feet by 500 square feet). The other bonus to the space is that it is only few hundred feet away from where the family business once was in the 1970s on 23rd and Adams where the YCC is now. 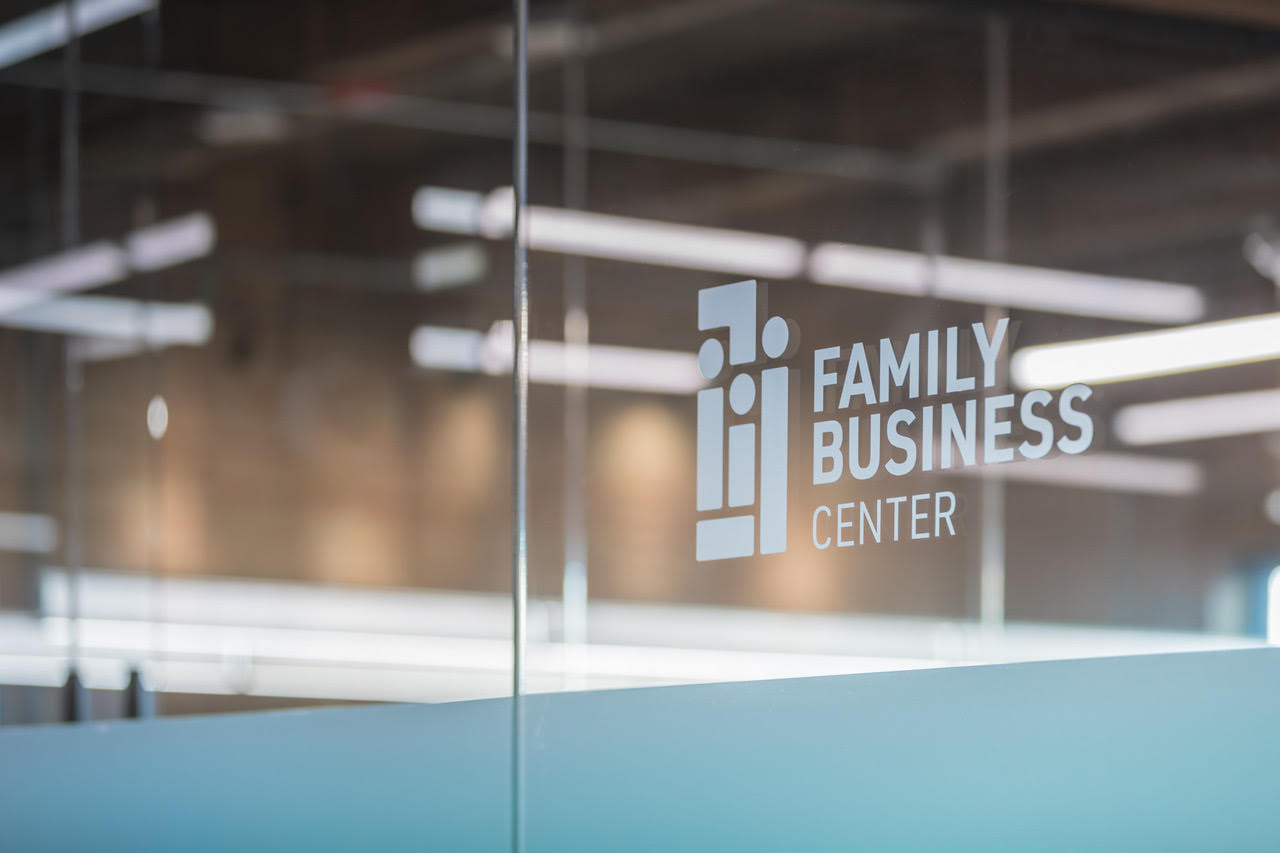