The trio will be honored at the 48th Annual H. Aldous Dixon Award luncheon March 21 at noon in the Hurst Center for Lifelong Learning on WSU’s Ogden campus. 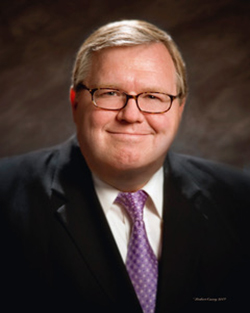 After serving his country as a Navy corpsman with the Marines during the Vietnam War, Davis attended Weber State on the GI Bill. There’s a special place in his heart for military veterans and nontraditional students. Virtually all of his teaching and administrative work has focused on meeting their needs. He established an education group consisting of representatives from across campus to address concerns and enhance opportunities for current military students and returning veterans.

Having earned his Ph.D. by taking night classes at the University of Utah, Davis understands, firsthand, the importance of creating multiple paths to graduation and lifelong learning to accommodate different types of students.

Davis’ motto epitomizes the spirit of the Dixon Award: “The student first and always.” Despite his heavy administrative workload, he still manages to teach one class every semester. Davis was promoted to vice provost in 2008. He serves on a variety of university committees and is the face of WSU in numerous community venues.

Former students and colleagues describe Mikel Vause BS ’82 as an author, poet, scholar, environmentalist, adventurer, mentor and friend; they call him a “man of grit” — a “master of the mountain and classroom.” Vause is the quintessential storyteller and words are the tools of his trade. Whether he borrows phrases from Emily Brontë’s poems, Bob Dylan’s lyrics, William Shakespeare’s sonnets or Wallace Stegner’s prose, Vause is able to spin them into allegories that enrich the lives of those around him.

Vause began teaching at Weber State in 1982. Since then, he has helped scores of WSU students harness the power of words to gain self-confidence, achieve academic and career goals, diversify their worldviews and find courage in moments of despair. His dedication to scholarly exchange and intellectual enrichment runs deep. His positive influence at Weber State is indisputable.

In 1985, to give undergraduate students an opportunity to present their writing to university peers throughout the country, Vause and a colleague organized a conference unique in requesting submissions from undergraduates only. The professors’ brainstorm quickly became a Weber State showcase. Each year, the National Undergraduate Literature Conference attracts hundreds of student writers and brings some of the world’s most important literary figures to the Ogden campus.

Vause also established “The Dead Poets Tour,” a popular study abroad trip to England, Scotland and Wales. His extraordinary teaching has been recognized with numerous honors, including the Crystal Crest Master Teacher Award, the George and Beth Lowe Innovative Teaching Award and three Hemingway Awards, one of which allowed him to join a 2011 British expedition to the north side of Mount Everest.

Vause has been entrusted with multiple leadership positions at WSU, including chair of the university’s general education and curriculum committee, and director of Environmental Studies. With Vause’s guidance, the Honors Program gained greater student participation and national recognition. 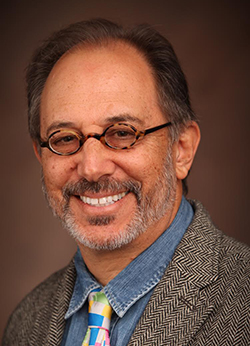 Why would a Weber State zoology student trek through the remote, windswept rangeland of northeastern Utah in pursuit of the world’s smallest rabbits? The answer: Sam Zeveloff and his tenacious commitment to undergraduate research. For nearly 33 years, the East Coast native challenged Weber State students to look beyond themselves and see the bigger picture — to think ecologically as they searched for their place in the world and engaged in hands-on learning. Above all, Zeveloff wanted his students to leave WSU able to apply theories and academic abstractions to real-world challenges. To that end, the esteemed conservationist created a thesis program to facilitate extended student research projects. In addition to conducting field studies of pygmy rabbits, Zeveloff’s students examined mountain goat, bat and raccoon populations. Zeveloff founded Save the Ringtails, a student philanthropy organization.

As chair of the zoology department from 1987 to 2012, Zeveloff directed numerous curriculum initiatives and encouraged faculty to involve their students in service learning and civic engagement. He secured private funding to purchase cadavers and equipment for WSU’s human anatomy laboratory. Following the publication of his book, Mammals of the Intermountain West, Zeveloff arranged a donation of wildlife illustrations to the university’s Museum of Natural Science. He co-created a study abroad experience to China and Tibet, and helped establish an academic exchange with Universidad Autónoma de Nayarit in Tepic, Mexico. Zeveloff also collaborated on the development of an environmental studies emphasis for a Bachelor of Integrated Studies degree.

Since 1970, the WSU Alumni Association has presented the Dixon Award to outstanding faculty and staff who have distinguished themselves professionally and taken extra measures to meet student needs. The award is given in memory of former President Dixon who served as the school’s chief administrator in 1919-20 and from 1937 to 1953.