Weber State University graduate Briana Whatcott knew she wanted to be a writer from a young age. Even so, she didn’t expect to work alongside journalists at The New York Times as a participant in its 2018 Journalism Institute. 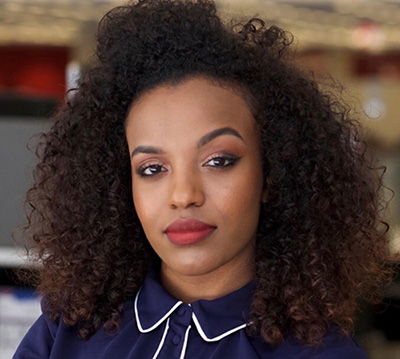 “Every day was something different,” Whatcott said. “It made me more hungry to write. I came home with more story ideas and a desire to become an even better writer.”

The fellowship is part of an effort to increase diversity in journalism, something Whatcott considers especially important. The New York Times hosted discussions about how news should talk about different races and Times’ editors and reporters listened to input from the students.

“For such a long time, we’ve had one narrative of black people or Hispanics or immigrants,” Whatcott said. “The stories in the news have been told by people who don’t represent these minority populations, so they can’t relate to a minority’s perspective of life. We need people with all types of perspectives to represent a well-rounded view and story.”

The student journalists were each assigned to a New York Times editor for the duration of their fellowship. Whatcott worked with the sports editor — something she was initially worried about because she describes herself as someone who’s not into sports journalism.

She took her pick from a couple of story ideas her editor presented, and she began working on a piece about the construction of a new soccer stadium in the Bronx. Without a clear idea of where her story was going, or even a clear idea of how to navigate the borough, she walked up and down sidewalks until she found residents who would share their thoughts.

“They seemed really upset about building more soccer stadiums instead of affordable housing,” Whatcott said. “They have a really high homelessness rate in the Bronx. That’s an issue that is affecting the residents, and they just felt like they weren’t heard.”

Quickly, Whatcott said she grew more comfortable with her story. Once she could focus on the feelings and not just the sport, she knew she could write an impactful article.

Her confidence in her ability to write something meaningful was a stark contrast to the doubt she used to have. At one point, her uncertainty led her to drop out of Snow College for a few years, experimenting with different jobs such as being a nanny for children.

“I just didn’t feel like I was good enough to be a news reporter,” Whatcott said. “After my second year of college, I just didn’t care. But what I wanted to do never changed.”

Whatcott recalls one of her elementary school teachers complimenting her writing skills. It came as a surprise, since she moved to Utah from Ethiopia just one year prior and was still learning to read and write in English. Her father had died, and her mother was left destitute and struggling to care for her family. Whatcott said her mom sadly but selflessly let her and her sister move to America to be adopted for a chance at a better life.

At just 7 years old, Whatcott was familiarizing herself to a new country, trying to learn a new language and succeed in school. Her teacher’s praise stuck with her throughout life, though. Even when she tried other jobs or pursued other paths, her desire to write was always there. Whatcott said that’s what encouraged her to return to college, this time earning her degree in multimedia journalism from Weber State University.

“Weber State is the reason I graduated and got all these opportunities,” she said. “Now I want to tell people to not give up on their dreams. It doesn’t matter how long you take. If you have a dream, don’t ever stop chasing it.”

To view the article Whatcott wrote during her fellowship, click here.