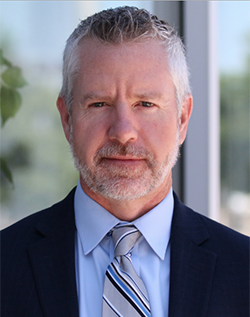 Michael White, Arizona State University criminal justice professor, will discuss crisis-driven reform in American policing at the event, which is free and open to the public.

“Thousands of police departments across the United States have adopted bodycams without any real understanding of the impact and consequences of the technology,” White said. “My goal has been to produce research that helps police understand what they are getting themselves into when they deploy this technology.”

Interest in bodycams increased dramatically in 2014 after the deaths of Michael Brown in Ferguson, Missouri, and Eric Garner in New York. Police chiefs began to view the technology as a way to build community trust and improve police accountability.

“Crisis often forces police to initiate reforms, like wearing body cameras, very quickly,” White said. “Researchers have an obligation to provide evidence to inform police about the impact and consequences of those reforms. That means sometimes we, as researchers, also have to move very quickly.”

His research examines how police officers and citizens feel about bodycams, if bodycams reduce complaints and police use of force, and whether or not bodycams affect criminal case processing and outcomes. White will discuss two ways researchers have used the information to inform police policy and practice on bodycams.

White helps police departments implement his research. He is the co-director of training and technical assistance for the U.S. Department of Justice Body-Worn Camera Policy and Implementation Program.

White also directs the doctoral program in criminology and criminal justice at Arizona State. Prior to his career in academics, he worked as a deputy sheriff in Pennsylvania. Since earning his doctoral degree in criminal justice from Temple University in 1999, he has focused his research on police, including technology, misconduct and the use of force.