OGDEN, Utah – Think back to a time when you were excited to see a new movie, read a new book or were caught up in the excitement of a hit TV show, only to have someone spoil the ending for you. Remember the rage and disappointment you felt? Have you ever stopped to ask yourself why the spoiler was such a big deal? 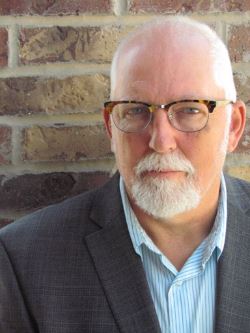 Weber State University philosophy professor Richard Greene explores the answer to this question in his new book “Spoiler Alert!: (It’s a Book About the Philosophy of Spoilers).”

“Considering that after watching something unspoiled, you always have the option of

watching it again, the value of seeing it spoiled is still available,” Greene explains in his book. “In short, one never gets that moment — the unspoiled watching experience — back.”

Greene is an expert on the philosophy of pop culture. He started his research for the book as he began to recognize how upset people get when things are spoiled. Greene began to dig a little deeper and came to the conclusion that spoilers raise a number of philosophical questions. These questions became the basis of his book, which delves into the history, ethics and paradoxes of spoilers. While the book uses philosophical principles to discuss spoilers, Greene has written it to be entertaining and enlightening for a general audience.

“There are lots of debates today about spoilers,” Greene said. “They have become such a big part of our current pop culture that I thought it was worth exploring.”

Chapters in the book include “Things that Can Never Be Spoiled,” “The Badness of Spoiling” and “When You Should Spoil.”

What makes a spoiler?

According to Greene, a spoiler must reveal something that is significant, potentially shocking and confounds expectations. 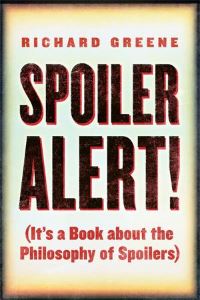 What can be spoiled?

Greene says that recent works of fiction and sports are the biggest things people don’t want to have spoiled, especially when there is a high level of emotional investment.

“We don’t seem to be quite as bothered when it’s something that’s older,” Greene said. “But if someone says they’re recording the game or they haven’t seen the new movie yet, there is an expectation you won’t spoil anything for them.”

When did spoilers become significant?

Spoilers are a recent phenomenon. Growing up in the 1960s, Greene says that spoilers were expected. Generally, the first person to see a new movie would tell their friends all about it. If anyone was frustrated, it was only because they weren’t the one who saw the movie first. Greene says there was fun in that competition.

Today, when a new, highly anticipated movie is released, social media is flooded with people requesting — really demanding — that no spoilers are posted. Frustration and anger are the typical responses to a spoiler.

According to Greene, what makes a spoiler bad is that the viewer is being deprived of the experience.

“Most often when we spoil the ending to something or an important plot twist, you’re depriving someone of a certain kind of experience,” Greene said. “That causes them to have an emotional reaction where they’re upset.”

What do you do when you encounter someone who frequently spoils? Greene has a whole chapter on that, too. But we wouldn’t want to spoil it for you.

“Spoiler Alert!” launched on May 21. It is available at Barnes & Noble, Walmart, Target, Amazon and other online retailers.